Santo Domingo is one of the Rio Grande Pueblos in Northern New Mexico. For centuries the Pueblo people have been mining turquoise at Cerrillos, south of what is now Santa Fe, and have been acquiring other turquoise from as far away as Nevada, California and Colorado.

The Pueblo jewelers traveled south to the Gulf and west to the Pacific for shell when they couldn't trade for it. Jet and red colored rock was found nearby and used in mosaics and other jewelry. Eventually coral was introduced by the Spanish and replaced the red rock. These colorful stones were made into beads and mosaics for decoration and ceremonies. 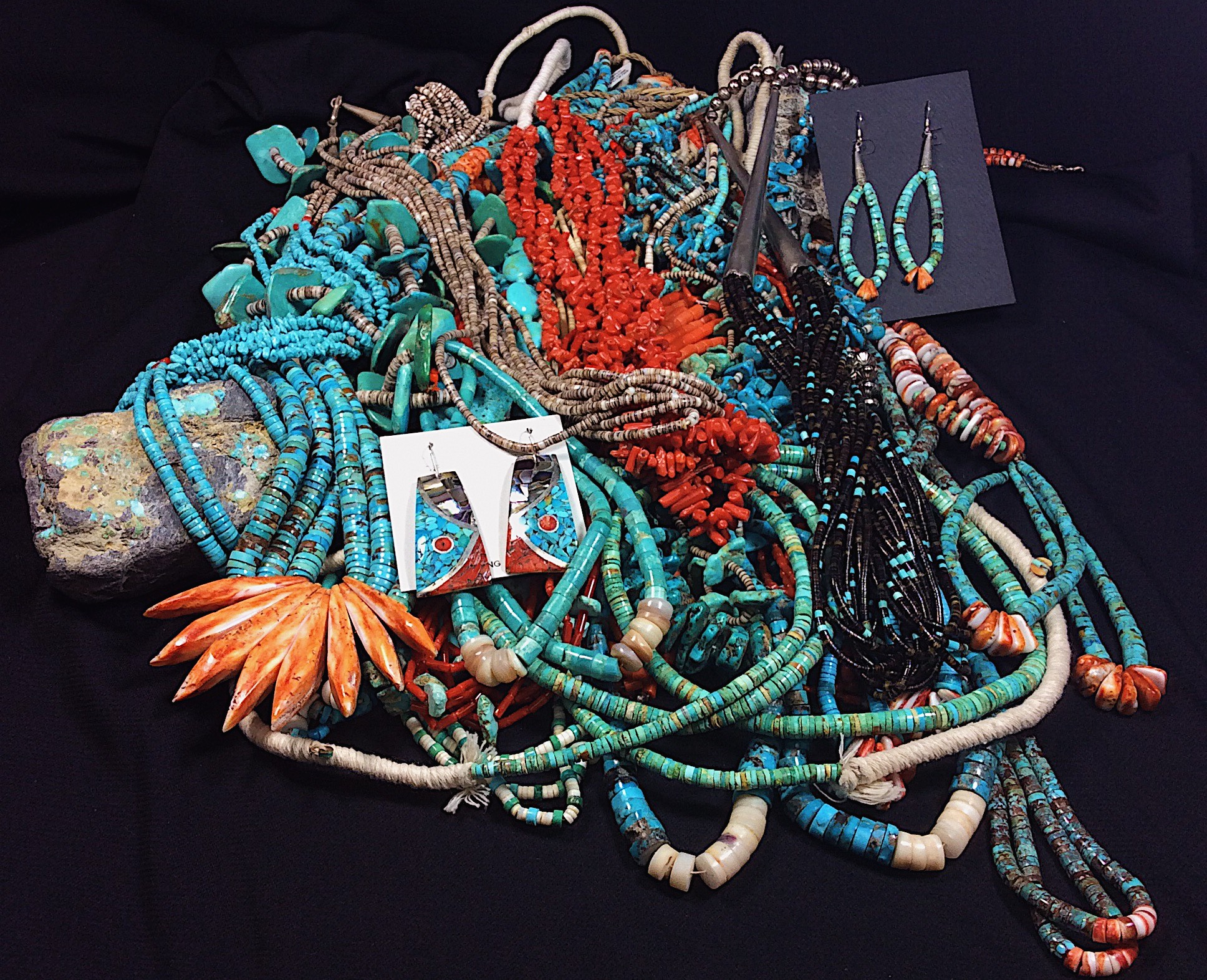 The people of Santo Domingo became known for making the best disc beads and, along with the Zuni people, for producing the best inlay in turquoise, jet, shell and coral on shell and wood bases.

The jewelers of Santo Domingo still produce the finest handmade beads and mosaics. Many of their children acquire drills and learn to make beads at a very young age.

Ray Lovato Uses only natural turquoise in making all of his disc beads by hand. Ray has received many awards at Santa Fe Indian Market and is well known for his handmade heishi beads.

We have a wonderful selection of work by Santo Domingo Pueblo jewelers!